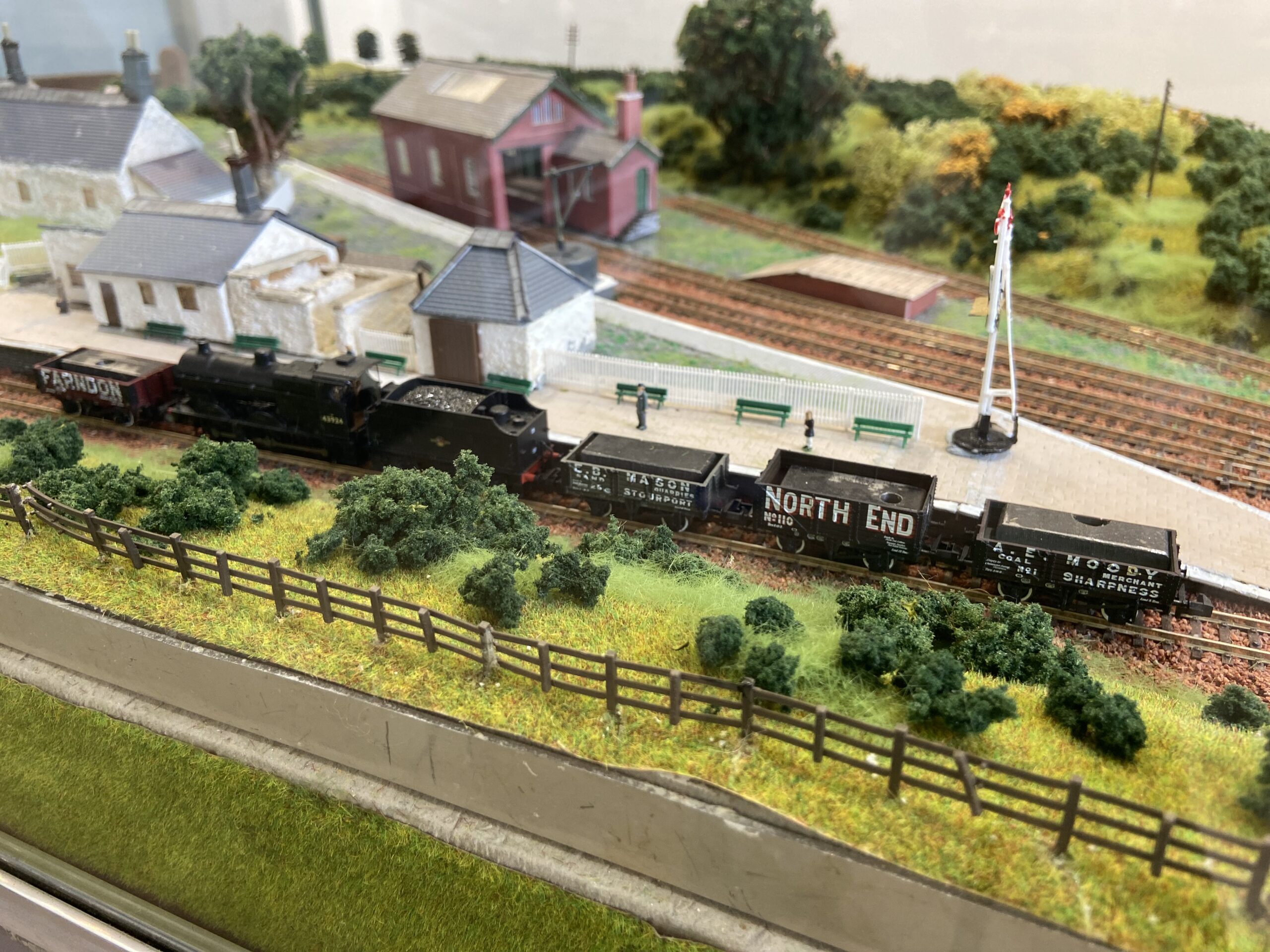 A new attraction has been added to the permanent exhibition on the Devon Valley Railway in Dollar Museum. It is a working model of Dollar Railway Station as it was around 1960.

The railway came to Dollar in 1869 as part of the Devon Valley Railway (DVR), which linked East and West Scotland. It closed to passengers in 1964, the year after the Queen travelled on it after her visit to Dollar. The track is now a popular walkway and cycle path.

In 1992 Dollar Museum was given over 700 negatives and photographs illustrating all aspects of the DVR line, taken by local railway enthusiast Peter Wilson. These were scanned and may all be seen on slide shows and in albums in the museum. They formed the basis of the Museum’s DVR Collection, which has been added to over the years by many generous donations of railway items, such as the Rumbling Bridge to KInross tablet giving the train driver access to that section of the single-line track, the drinking fountain from Dollar Station, and tickets for the last train, including one for the passenger’s bike.

During lockdown, Mick Rice, a retired design engineer with Mercedes and modelling enthusiast, lovingly created a scale model of Dollar Railway Station with its platform, signals and associated buildings, as well as the Dollar Burn, the Kelly Burn and the branch line leading to Dollar Mine. The model also features the chicken farm which was situated in Lovers Loan, by the railway track.

The model has a working locomotive and carriages, which can be demonstrated during a visit to the Museum. Visitors can also hear the actual sounds of a steam train travelling from Alloa to Dollar, complete with shunting at Dollar Mine. The whole journey was recorded, with a commentary, by Mike Jodeluk, who was on the footplate.

The model has already aroused a great deal of interest and sparked the memories of many visitors. A former worker at Dollar coal mine remembered that coal was delivered to the mine to provide power to work the machinery, whilst the locally mined coal, of inferior quality, was sent to Kincardine Power Station. A retired teacher at Dollar Academy recalled being responsible for organising the flowers for the Queen’s departure from the station in 1963.

Dollar Museum is grateful to Mick Rice for making the model and to a generous Friend of the Museum for financial assistance. 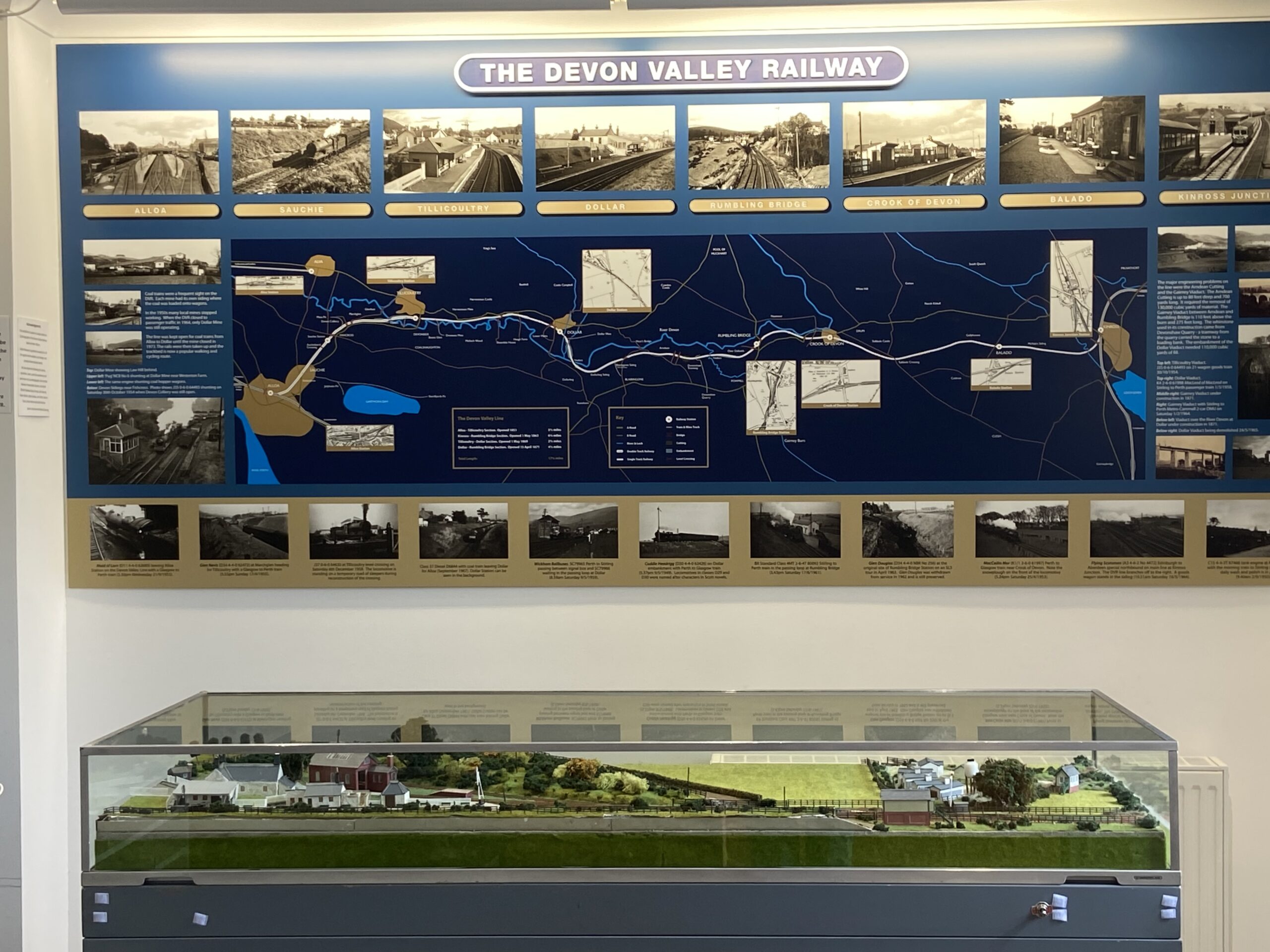